When it comes to love, Aries often take the role as the chaser. They're known to enjoy the act of pursuit. They relish the lead-up to the first date, from flirting to being bold with their affections. Aries will romance others hard and do all the work in planning for dates and time spent with their crush. But what the relationship settles down into a routine, Aries may long for some of the excitement of the early stages. Aries may attempt to create a little fiery drama to make their relationship seem less complacent and dull. Ultimately, they are seekers of the spark — not only the person. Without the presence of excitement in a relationship, they will get bored. All the more reason why the ram sometimes is prone to stirring fights with their partner to keep the spark alive. Here’s how Aries relate to other zodiac signs in friendships, partnerships, and love. 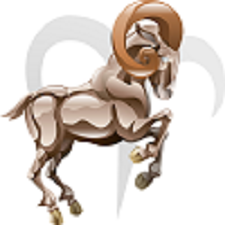 Like their fellow fire sign Sagittarius, Aries are trailblazers. As the first sign of the zodiac, they like to hit the ground running and won’t stop until they reach the finish line (whether that’s a professional goal or just their target mileage for an afternoon run). Taurus prefers the scenic route. When these two come together—and it’s rare that they do—Taurus can feel undermined by Aries. As a Mars-ruled sign, Aries is super competitive and finds Taurus’ relaxed behavior to be a turn off. These two can sometimes fall into an opposites attract relationship where each can grow by paying attention to the other’s needs. But because both are so radical in their stubbornness, it’s rare that either is truly willing to put in the effort to make things work. 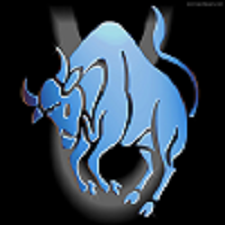 That’s right. The ultimate match for Taurus is...another Taurus. Think about it: Taurus values loyalty and stability. They’re romantics whose perfect date includes both fine dining and hooking up in a Snuggie. They want a partner who claims them and showers them with love (and expensive gifts). Who better understands these needs then another bull? Together, these two can create a lifetime of cozy memories. The one issue with this relationship is that two Tauruses together can end up complacent and unwilling to change the status quo, even if they’re miserable. But as long as they’re willing to call out each other’s respective bullsh*t (pun absolutely intended), they won’t get stuck in a rut. Overall, this match brings nothing but pleasure, like two cows out grazing in the greenest of pastures. 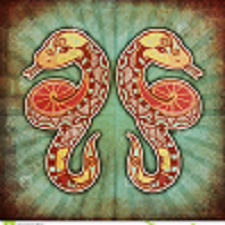 Like Sagittarius, Gemini also prefers to be a free agent. Geminis get a bad rap for being multiplicitous or living double lives, but the truth is that they’ll settle down for the right match. But is Taurus the one? These two are initially attracted to each other because of their shared joie de vivre. Both signs of the springtime, they’re perennial optimists who hang on to a childlike sense of adventure well into adulthood. Where they butt heads though is that Taurus just can’t keep up with Gemini’s cultural obsessions and a revolving door of personal and celebrity gossip. Taurus is happy to rewatch the same season of Dawson’s Creek through the end of time and is exhausted by Gem’s need for constant novelty and analysis. Unless these two have identical tastes, it’s hard for them not to grow bored and frustrated with each other. 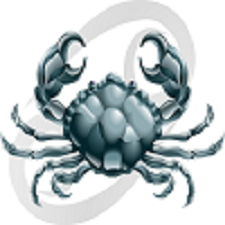 Taurus and Cancer just fit together. Cancer is the first sign on this list that we’d recommend for Taurus with basically zero caveats. Taurus is ruled by sweet Venus while Cancer is ruled by the nurturing moon. Both signs care deeply about tradition, family and comfort. This is a sensual match and tbh, it’s difficult to get these two out of bed and out into the world once they click! Together, they throw absolutely killer dinner parties and are everyone’s go-to for advice. Both value all kinds of relationships and bring a lot of intimacy and close connections into each other’s lives. This is a relationship that always feels like coming home. 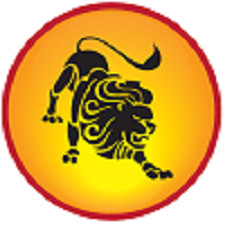 Taurus and Leo are a glamorous match, sure. Taurus is ruled by Venus (planet of love, connection and aesthetics) and Leo is ruled by the sun (which defines our ego and life purpose). Together, these two light up any room and are constantly trying to outdo each other’s looks. In public, they’re showstoppers. But what about in private? Because both Taurus and Leo are fixed signs, they share a “my way or the highway” attitude about life. Both are extremely set in their routines and hate disrupting their personal status quo. And things can get messy between them if their values systems don’t align. Still, Taurus and Leo are both super committed, so even when things aren’t going so well, it takes a long time for either to move on.

This Video For You

Taurus and Virgo bring out each other’s grounded, practical side. Because these two earth signs know that they can rely on each other, relationships between them are all about growth. Virgo—though usually more of a planner than a partier—brings out Taurus’ wilder side. Taurus feels safe around Virgo and lets someone else take the wheel for once. In fact, the only issue that might arise in this pairing is that Virgo eventually gets frustrated with Taurus’ laziness. Sure, the sex is great and the meals are fantastic, but Virgo’s true love language is someone else cleaning up the dishes at the end of the day…and Taurus can’t always be counted on to do that. Still, these two are usually in it for the long haul. 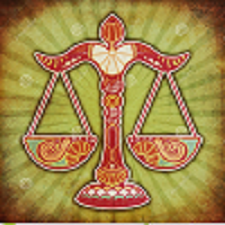 Libra and Taurus are both ruled by dreamy, artistic Venus, so theoretically, this should be a match made in heaven. But the differences between these two are plenty. Though both signs have incredible taste, Libra is more concerned with how things make them think and Taurus is focused on how things make them feel. Libra wants to go to “the cinema” while Taurus just wants to binge the latest season of Housewives. Libra wants to analyze the quality of the vermouth in his Negroni while Taurus just wants her snacks. These two spend many lovely days browsing galleries, meandering in nature and preparing delicious home cooked meals together. Ultimately though, they want different things. 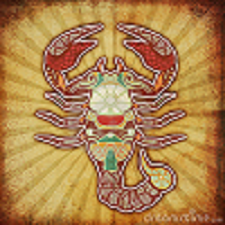 Taurus and Scorpio are opposite signs and if anything is true about opposites, it’s that they attract. When these two meet, the sexual tension is immediate and profound. Taurus and Scorpio drive each other crazy, but can’t keep their hands off each other. The connection isn’t only sexual though. Both are fixed signs who are extremely loyal and dedicated to their special people. These two appreciate each other for their honesty and also for their intensity (we’d love to be a fly on the wall for one of their late night arguments turned makeup sex turned philosophical deep dive).﻿﻿ Sometimes the connection between them burns too bright, too quickly and they do eventually break up. But even when hearts get broken, they’re still in each other’s lives for life, staying close even after they’ve moved on to new partners. 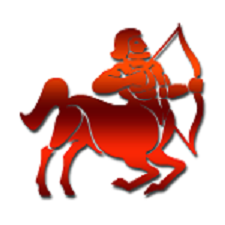 This match just makes zero sense. Taurus craves stability while Sagittarius values freedom over everything else. And though Taurus might want to fall in love with someone like Sagittarius who has a sexy intellect and ferocious sense of humor, they eventually just can’t deal with how hard “the archer” is to pin down. (“Who could ever leave me darling?/But who could stay?” sings peak Sag herself, Taylor Swift) This match usually results in a quick fling that leaves both parties brokenhearted. The thing is that Sagittarius will swiftly be involved in their next romantic adventure while Taurus is sulking on the couch for weeks accompanied only by a pint of Talenti. Enter this union at your own risk. 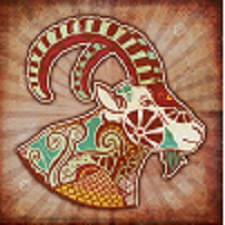 aurus and Capricorn are both solid as a rock when it comes to partnership. Taurus brings out responsible Capricorn’s more romantic and playful side while Capricorn brings out stubborn Taurus’ thirst for knowledge and adventure 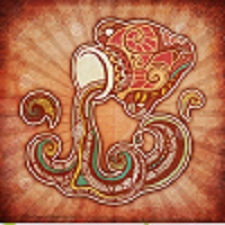 Taurus and Aquarius is an odd match, a match that shouldn’t work. But somehow, it does. (This is the George and Amal Clooney relationship after all). Both the bull and the water bearer are fixed signs. This means that they’re stable, committed and have a shared resistance to change. Though Aquarius is known for being more eccentric and Taurus is known for being more traditional, Taurus is the only sign that really makes an aloof Aquarius feel at home. Likewise, Aquarius is the sign that pushes Taurus to go after big career goals and professional dreams. This is one of those couples that no one quite “gets” but ends up taking over the world. . 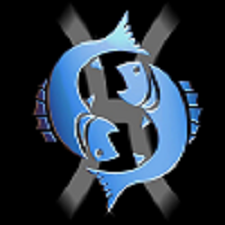 There’s no sweeter pair than Taurus and Pisces. Both of these signs are on the introverted side but are extremely sensual, meaning they appear sweet and innocent…but with a connection in the bedroom that is truly unmatched. It even makes up for the fact that Pisces can sometimes be a real space cadet which aggravates Taurus. Still, Pisces pushes Taurus to take themselves less seriously (what other zodiac sign can actually do that?) and get in touch with their emotional and artistic side. Even though Taurus is ruled by Venus, the bull can focus too much on what’s practical and forget about embracing life’s magic. These two have a relationship built on self-discovery and deep mutual respect.

To gain insight regarding your future through personalised readings, get in touch with Jyotishgher Astrologers through our 'Talk to Astrologer' page today!