Nothing can be too mind 'blowing' about a book from ancient India that talks about sex.You'd be ill advised to try out everything suggested in the KamaSutra. Unless you are extremely fit, some of the sex positions are destined for disaster. But that's still the safe part. Some of the stuff written there will take you straight to the ER. For instance, the KS solution to the ultimate male problem of increasing penis size is: .

To Increase the Size and Potential of the Penis: Take shuka hairs--the shuka is an insect that lives in trees--mix with oil and rub on the penis for ten nights... When a swelling appears sleep face downwards on a wooden bed, letting one's sex hang through a hole. 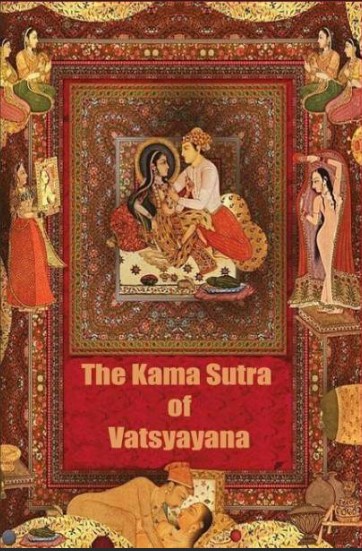 
Check this The Kama Sutra of Vatsyayana Translated From The Sanscrit In Seven Parts With Preface, Introduction and Concluding Remarks Link

It is difficult to fix the period of Vatsyayana and Kama Sutras. However he was definitely before the Mahabharata period because Lord Krishna mentions Vatsyayana in the Bhagavad Gita. Unfortunately a lot of modern youngsters regard it as a book of various methods of sex and even more unfortunately a lot of old fashioned people regard it as a taboo.
The truth is that it is a scripture which teaches us about the proper union of a man and a woman at spiritual, emotional and physical levels.Strangely, the one country where people badly need to study this scripture is India!
The average Indian woman regards a husband as a social security and a means of income. On the other hand, the average Indian man regards a wife as a means of dowry and a free house keeper. I hope this scripture saves a few marriages and improves a few more.

Book I
Sadharana or general principles: This book is a more of a general introduction and includes 5 parts.
Part I Study of the shastras
Part II Dharma, artha and kama
Part III Study of arts and sciences
Part IV Man-about-town
Part V Qualities of a go-between (messenger)

Book III
This part deals with aspects of betrothal and marriage. It has 5 parts and gives many “tips” to court a woman and win her over. Later in the book, Vatsyayana also gives “tips” on how a woman can win over a man.

Book IV
This section looks at family life and marital bliss, and how each member of marital situation mut conduct themselves. The book has 2 parts. It looks at seduction of others” wives!
Part I Bharyadhikarika, the wife duties of a wife eldest and junior wives
Part II Paradarika, seducing the wives of others

Book V
This book has 6 parts and deals with the various ways and wiles of both men and women, and how one can make out whether an opposite member is attracted to them.
Part I Characteristics of men and women
Part II Making acquaintance
Part III Ascertaining emotions
Part IV Duties of a go-between
Part V Behaviour of a king
Part VI Conduct of ladies of the inner court

Book VII
The final section looks at making the body beautiful and other ways of sexual pleasure and satisfying sexual desire. It is called Aupanishadika, secret love, extraneous stimulation and sexual power

Truly, if one heeds the wisdom enshrined in the Kamasutra, we can see that the sage Vatsyayana showed an immense grasp of the relationship on ida and pingala, the inner man and woman in every human being. This is the underlying basis of the Tantric principles, and is the foundation of Tantra – to unite the division within, so as to experience union or yoga with the divine. Sanskrit literature is replete with examples of this union described. From Kalidas’s poems to Patanjali’s Yoga Sutras, all are metaphors for the divine union, sometimes represented through yoga and spiritual practice, and sometimes through bhoga or worldly activity. Indeed, every activity was an opportunity to move forward in the path to moksha or mukti, the ulimate liberation which was one of the most significantly, and in fact, the ultimate goal in Hinduism. Spirituality and pleasure were not different in the Hindu way of life. They were just two sides of the same coin. remedies in astrology.

Contact Us—We will try to guide You whateverpossible | Small Fee Applicable
Email ID: care.jyotishgher@gmail.com
Contact No: By email only Due to busy Schedules